Vampire: The Masquerade – Rivals is on Kickstarter now!

Vampire: The Masquerade Rivals Expandable Card Game puts you in control of a coterie of vampires who vie for control of the city of San Franciso. Through dominating mortals, using their political influence, and clashing with their rivals in the streets in the dark of the night, you’ll gather your allies and face off against one or more other players as you seek to push your agenda.

In Vampire: The Masquerade Rivals Expandable Card Game, each player plays with a Deck of Cards featuring a clan from Vampire: The Masquerade lore. The basic set contains clans Ventrue, Toreador, Brujah and Malkavian. Expansions will add more clans to the game, and their development and release frequency was discussed in bigger detail during our World of Darkness News stream.

If you want to see how the game looks like in action – watch the video below, in which our Brand Community Developer, Martyna Zych plays together with LA by Night cast – B. Dave Walters, Erika Ishii and Xander Jeanneret.

Find out more about Vampire: The Masquerade – Rivals on their Official Website and the Kickstarter Campaign! 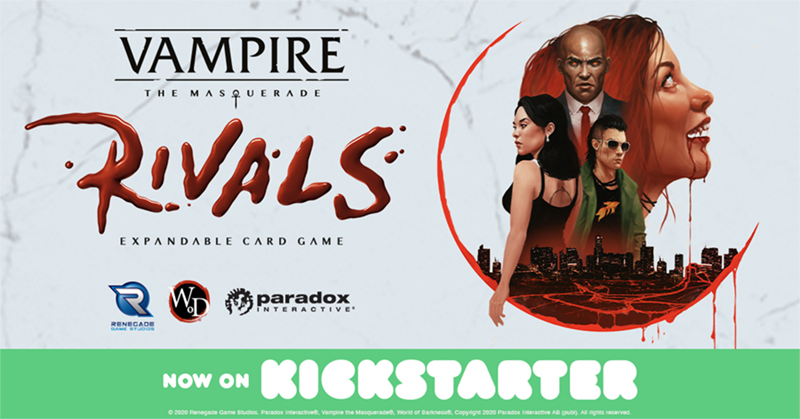