How to plan your own chronicle?

We’ve had many people join us in the World of Darkness over the past several years, and we’ve also been watching how players are using the roleplaying materials that let people tell their own stories in the World of Darkness. One question we hear frequently is “how do I prepare for a new story or chronicle?” So to get you up and running quickly, let’s hit a few high notes.

Storytelling games are group activities, and one of the best ways to plan is to get everyone together (maybe virtually, in these plague-addled times) and discuss everyone’s expectations for the chronicle. Key things to discuss are:

As a player, you have a very straightforward responsibility during “pre-play.” Understand what to expect based on the troupe’s discussions, and create a character who wants to accomplish things. In fact, goals are better than backstory because goals affect the choices you’ll make. Backstory establishes context for those goals. Without goals, you’ll be purely reactive. Make a bullet-point list of what you want to accomplish. It helps to look to your Ambition and Desire for inspiration defining these.

You may have a lofty goal, such as “Become Prince” (or “destroy the Prince…”) or you may have a more immediate goal, such as “Protect my Touchstones from vampires, including myself.” Goals might be material (“Get rich by forcing out a Ventrue rival”) or spiritual (“Learn more about Golconda”). Anything that gets your character out there and doing things works, especially if it can involve the other members of the coterie… even if reluctantly. Two or three bullet-point objectives will keep you from asking “What’s next?” and provide great points of compromise with coterie-mates. You scratch their back and they’ll scratch yours. Hopefully. 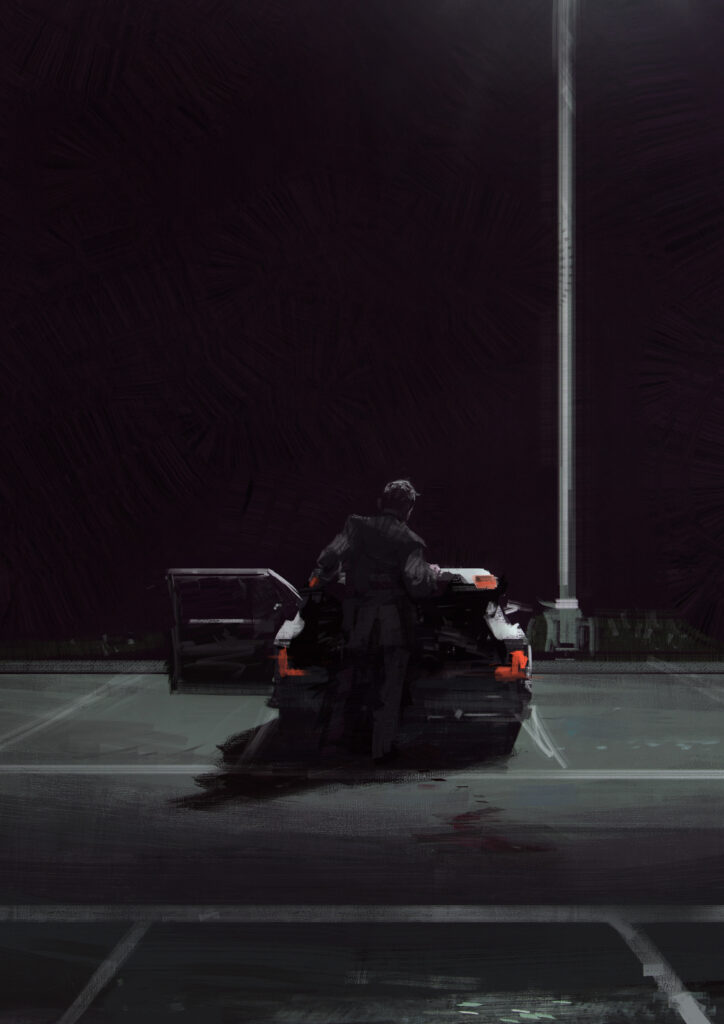 As a Storyteller, chronicle planning continues with creating scenarios that prompt choices from players. Resist the urge to over-plan or even script scenes. A good scene involves back-and-forth between the players and Storyteller, with each surprising the other (in a good way!) through their responses and those outcomes.

If the scene is the base unit of storytelling, we can break that down into components. Understanding and defining these are the bulk of your planning work.

Example Objectives: Kidnap a rival’s childe, find a defensible haven, feed without being caught, set that goddamn Tremere on fire and pin it on the Sabbat

The Challenge is what stands in their way, what prevents them from obtaining the Objective. A physical antagonist is a straightforward example, but especially as these become group goals, greater complexities emerge. A challenge might be a chain-wielding Brujah and her pack of murderous ghouls, or it might be convincing a resentful Nosferatu Harpy to both forgive a debt and part with the secret of who put the debt in place to begin with.

Example Challenges: The rival’s childe is alert and well-protected, the domain is overpopulated with Kindred and the best havens have been claimed, the city is on edge and mortals are more alert than normal for “night-prowlers,” that goddamn Tremere is unwilling to be set on fire and used as a ploy to frame the Sabbat

The Reward is what the character or coterie can expect to enjoy afterward. In many cases, accomplishing an Objective is its own Reward, but the way things work out, there’s often another Reward that comes out of making things happen. So maybe that Nosferatu Harpy’s boon is erased and they give up the Banu Haqim who had pushed for it — but the Harpy also appreciates the coterie’s initiative and offers to act as a behind-the-scenes Mawla for the players’ characters. The players and their characters might not even realize what specific reward is in the offering for a scene as they undertake it. And who knows — what seems to be a huge asset might turn into a great liability. That Nosferatu probably has numerous enemies, whom the coterie will inherit if their mentorship becomes known….

Example Rewards: The rival’s childe actually wants to be emancipated and offers damning secrets implicating their sire, a down-on-their-luck ancilla is willing to yield their haven so long as it takes some heat off them, a vessel’s vitae has a particularly appealing Resonance, the Tremere had a set of journals with a number of experimental Blood Sorcery rituals contained within and the journals didn’t catch on fire when the Tremere did 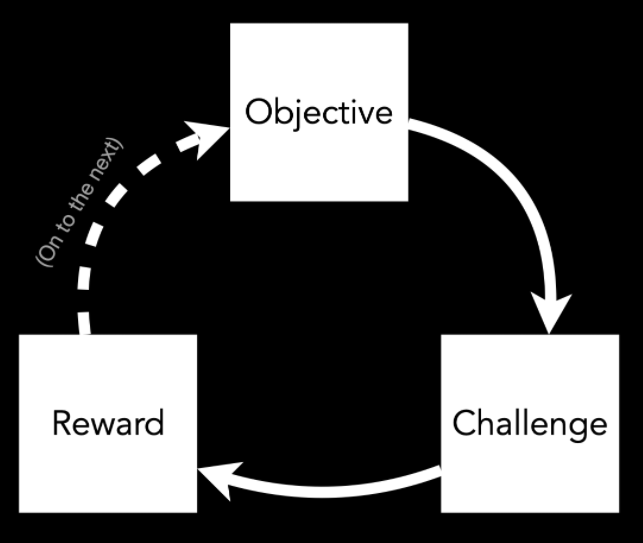 You’ll see that scenes give you a convenient “loop” format that can be interwoven with other loop-scenes. As well, once the character or coterie has accomplished one Objective, that positions them to undertake their next.

You can arrange loops sequentially, or you can simply have a number of loop-scenes planned, and how the players resolve one will affect how they approach others. You can arrange the loop-scenes like nodes in a flowchart, or you can just have a pile of them out there, scattered among the social sandbox of the chronicle setting.

That’s the secret, though. You don’t have to plan every last movement in a sprawling epic to have a compelling World of Darkness story. You simply need to know enough about the atomic units of your story to know what scenario might occur next. (Or to fake it, for those who are especially gifted at improvisation.)

If everybody does their bit (and, admittedly, the Storyteller’s bit is no mean portion), you can have a chronicle up and running in no time, and without having to know every answer beforehand. The chronicle becomes a story of discovery and accomplishment.