Vampire is a very versatile game and the World of Darkness can support many different kinds of stories, depending on how your troupe wants to play. In fact, one particular way the World of Darkness is different now than it has been in the past is that the 5th edition of Vampire puts the players at the center of the storytelling, and emphasizes much less of the lore and narrative progression done by the supplements themselves. The game opens up a host of stories for you to tell, whether around the table, in a virtual game space, or as an emergent narrative shared across TikTok, Discord, or some other social platform.

Storytelling itself is a shared activity, split among Storytellers and players. Storytellers, remember not to overplan — you’re not scripting a movie or a play, you’re setting up prompts that the players’ characters will respond to and interact with. Players, you have the power to change the (game) world for better or worse, but that’s no guarantee that you’ll survive to see the fruits of your efforts. Don’t assume protagonist immunity. Take risks, be cool, play with a willingness to pay costs, because those costs may well prompt more choices than “winning.”

The World of Darkness itself obviously has a foundation in the horror genre, but think of that as a greater container for a variety of different story types. Being able to tell a number of different story types allows us to diversify some greater game concepts. For example, you’ll see in the upcoming Sabbat book how to build a story around not only the menace of “the Sabbat attacks!” threat that’s built into the 5th edition of Vampire, but other expressions of the Black Hand as well. 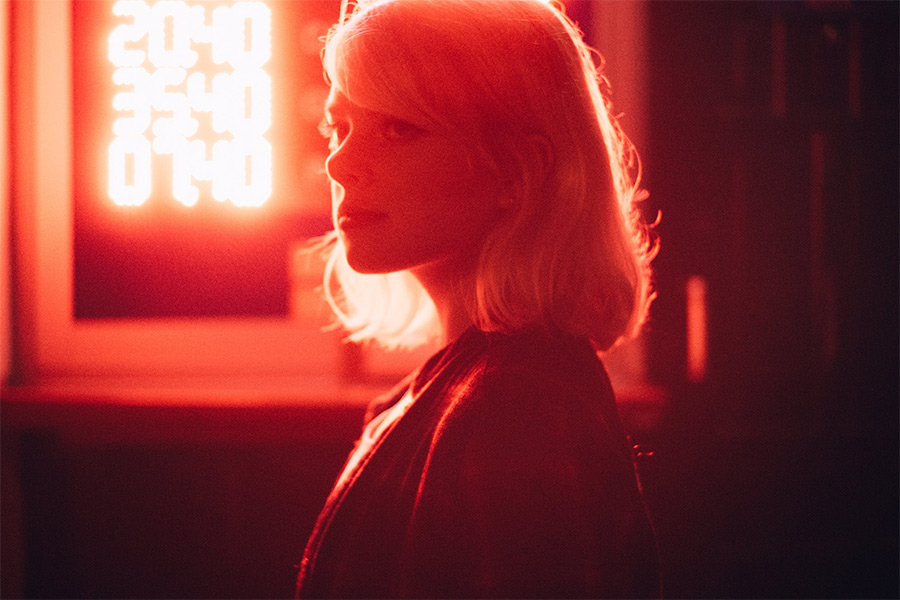 New Under the Night

Vampire assumes that many people will take advantage of the new edition to take a fresh look at the game — or maybe this is the player’s first foray into Vampire, and that’s true of their character as well. Stories featuring fledglings often emphasize discovery, whether the discovery of the Kindred forces that call the city theirs or the discovery of the secrets that combine to make the chronicle what it is.

The price of being a vampire always underlies a Vampire story (which is why there’s a game system for it), but the world is ripe for other expressions of morality. Particularly of interest is where ethics (external measurements of right and wrong) conflict with morals (personal values). Greed, for example, is practically a virtue for the Camarilla, while it inevitably causes difficulty with Humanity. Convictions are how vampires justify their actions — consider what Convictions a particularly heinous antagonist must have, and how the players’ Kindred prevent themselves from sinking to that level. The Kindred as a whole are parasites, taking and taking and taking and never giving anything back, at least cumulatively. How do the players’ characters break this model of predation; what are their aspirations? If the Kindred as a whole are only a negative force, how do the players’ characters redeem themselves from becoming that… or do they? You’ll see some upcoming harsh distinctions between Sabbat morality and the (sometimes tattered…) Humanity upheld by the Anarchs and (most of…) the Camarilla, making for high contrast in a morality play story.

Simply put, politics is the exercise of power. Vampire proposes a world of politics, from the neofeudal Machievallianism of the highest Camarilla courts to the street-level intrigues of the Anarchs. Politics especially emerge as the sects overlap and conflict, and as outside forces act on them. Politics can be a simple proposition: Who will be Baron? Or they can be positively Byzantine — a fragile detente between the Anarchs and the Ivory Tower becomes strained as Sabbat spies are discovered within the domain and vampire hunters have been especially active, all while a remarkably powerful autarkis the local Kindred once thought dead claims to have risen from torpor. Especially for the Kindred, all politics is personal and local. The Traditions might as well be subtitled “Rules Kindred in power expect of you and will weaponize against you while cherrypicking their own adherence to.” And the Sabbat supplement features a great deal of information on how to contrast the cold-war aspect of mounting Cainite presence and infiltration with the open hot-war conflict of Sabbat Crusade. 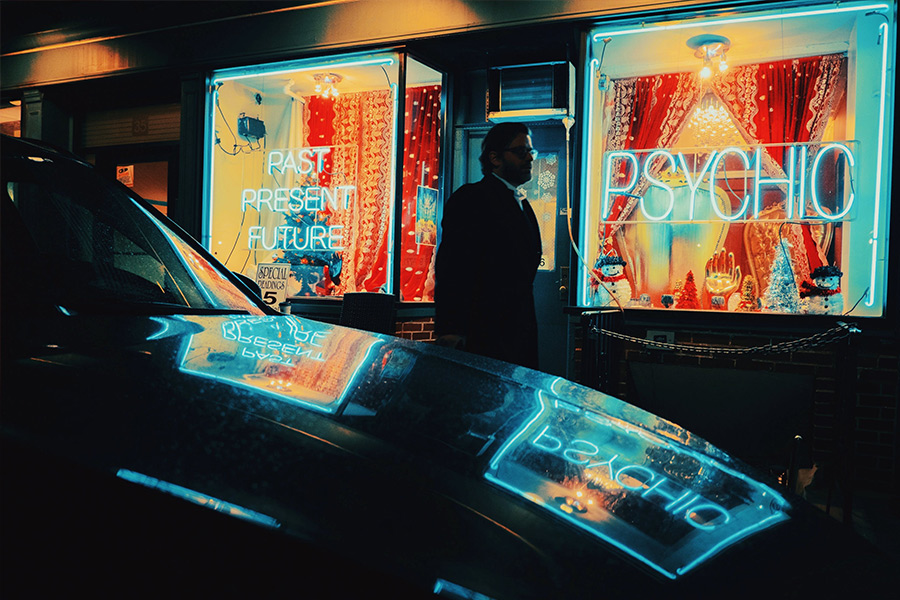 A conflict of etiquette may not seem epic, but put it in the context of vituperative undead blood-drinkers and it takes on an urgency that may well result in decades of vendetta. The premise can be sectarian conflict, in which Anarch mores abrade Camarilla sensibilities, or the premise can be more personal, in which one Kindred feels insufficiently acknowledged by another and the entire chronicle’s conflict stems from that nurtured grievance. Part Bridgerton, part ongoing hip hop diss-track beef, a culture clash story makes much use of social hierarchies and various participants’ attempts to kick them apart. Overbearing Princes may declare Blood Hunts against entire clans as a result, vicious Harpies may lend clout to individuals they have spurned before, and players’ characters — as the inevitable agents of change — may find the burning rubble of the domain’s social order cascading around them.

Vampires enjoy advantages over mortals, but things become much more precarious when they come in open conflict with one another. The action in a Vampire chronicle is a spectrum, proposing everything from shotguns and Potence marauds through the streets — and the inevitable aftermath — to the tense culmination of a grudge finally boiling over. What is it that’s so important that it would drive the undying to risk everything in a chance to bring final death to a hated rival? The only guarantee is some kind of body count, and a Masquerade that will need observed or repaired.

Obsession and personal desire have long been a part of vampire fiction and gothic metaphor. Note that most of the time, these obsessions are… unhealthy to say the least, but that’s not always true, as Eva and Jasper have shown in LA by Night. With the obstacles of love as the basis for a chronicle (or even an individual character’s motivation), the love itself is rarely what’s causing the conflict — it’s the various forces preventing the lovers from being able to enjoy each other. Maybe they belong to different sects or factions, maybe one is taken away by hunters, maybe one is another character’s Touchstone. Whatever the case, love is rarely a conquest or prize (gross!), but it’s something that brings both parties some amount of comfort in spite of the damnation of being Kindred. Until it tears them apart. Again. 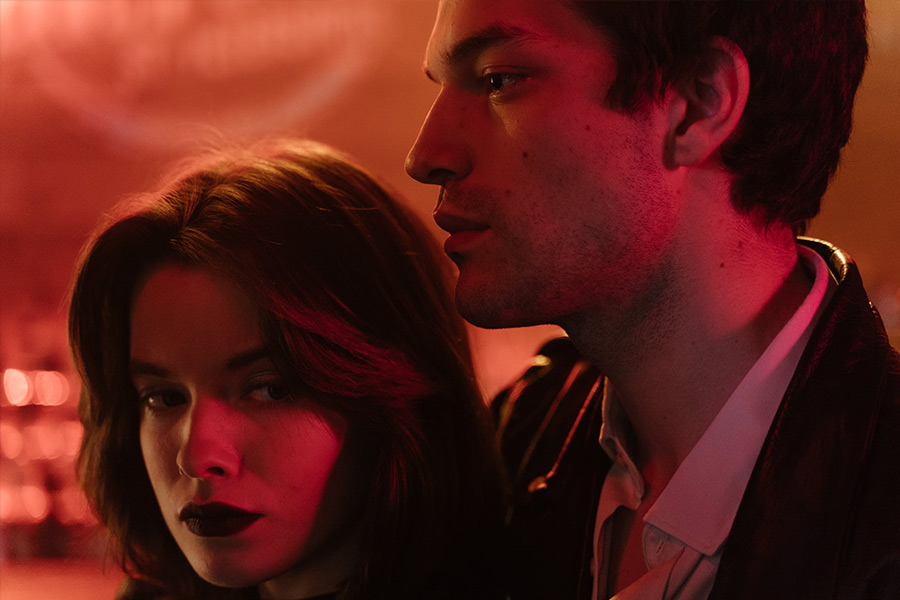 The World of Darkness is a world of secrets, and some secrets are strange even to the Kindred themselves. A chronicle that emphasizes the Weird puts something unknowable in the characters’ path and reacts to how they handle it. Examples of the Weird can be other supernatural creatures, such as a rampaging Lupine, incomprehensible fae, rogue ghost, or something of an unknown category and brings to the fore how the Kindred and mortal worlds don’t relate to it or its desires. Weird could involve a powerful artifact that changes how vampires behave or how they perceive the world. Weird also need not be an individual or object, which is a great way to prompt responses other than violence — how does the coterie respond to a strange supernatural storm on the horizon, for example, or a supernatural curse visited upon the Kindred? Weird events emphasize the unsuitability of Kindred structures to solve their unique problems — one can’t Baron their way out of an otherworldly entity that sends to torpor every vampire whose shadow it touches.

There’s more to a story than what it’s about. Stories have characters and characters do things for reasons. In the next entry, coming soon, we’ll take a look at what makes stories tick and what makes the characters they’re about do what they do.