The lone Hunter doesn’t make it far. The odds are stacked against them. Despite being in the know about the supernatural threats that exist in the World of Darkness, they don’t have the individual power to go toe-to-toe with these various night-prowling monstrosities. Every now and then you hear about a lone Hunter punching above their weight class in terms of taking down quarry, but those are practically legends — and probably exaggerated in the telling. In fact, let me tell you about this one time… no, never mind, I don’t want to give you the wrong idea.

Beyond safety in numbers and being able to bring multiple individuals to bear against the quarry,  human contact with other people who know the awful truth is critical to staying grounded in the fight against the supernatural. Your wife may think you’ve gone too far when you spend all night in the car “keeping tabs on the vampires,” your parents may think the stress of life and parenthood is getting to you, or your schoolmates may think you’re having trouble separating reality from… whatever it is you’re talking about. Your fellow Hunters in the cell, though? They know. They’ve seen it and they’ve stood by you when it happened.

That’s also what separates you from the conspiracy theorists and the pundit-addled knuckleheads who let the cable-news flacks on television rile them. You’ve seen things firsthand. You’ve witnessed the terrible truth about the presence of the supernatural. And now you and your cell are going to do something about it.

If you’ve gone over the character sheet (preview it here – the downloads unlock on May 12th, 6 PM CEST / 9 AM PST!), you might have noticed Hunters track a new Trait: Despair. Being in Despair means the Hunter is in for some difficult times. (I hope you are not surprised by this.) The Despair field on the Hunter character sheet is a toggle. Despair is a binary condition; you’re either affected by it or you’re not.

A Hunter in Despair, though, loses touch with their Drive — they’re unable to push themselves that much harder via Desperation Dice. And coming out of Despair requires certain accomplishment for the Hunter to redeem themselves. For example, a Hunter who’s motivated by Vengeance and is currently in Despair must hurt the quarry directly or by proxy. If the cell is after a vampire, they might realize this by injuring the vampire, by effectively sabotaging its lair, or by capturing one of its blood-thralls.

Mutual Aid on the Hunt

And that’s where the other Hunters in the cell are especially helpful — individuals don’t have to go it alone. Since the Hunt is an endeavor the entire cell shares, pulling fellow Hunters out of the depths of their singular Despair is one of the benefits of having fellows by one’s side.

In game terms, any success by the cell as a whole in bringing that harm to the quarry counts for elevating that Vengeance-seeking Hunter out of Despair. Different Drives have different conditions for redemption, and all of them can be satisfied by the collective cell, not just by the individual Hunter.

This is critical because, for Hunters, the actual conflict with the quarry is only part of what they do, and it usually comes at the end of a lot of investigation and preparation. At least, the Hunters hope it does. They don’t want to, uh, liquidate the incorrect quarry, and they don’t want the quarry to learn about their investigation and confront them before they’re ready. It’s dangerous being a Hunter, because what you’re hunting is inimical to you as a human. 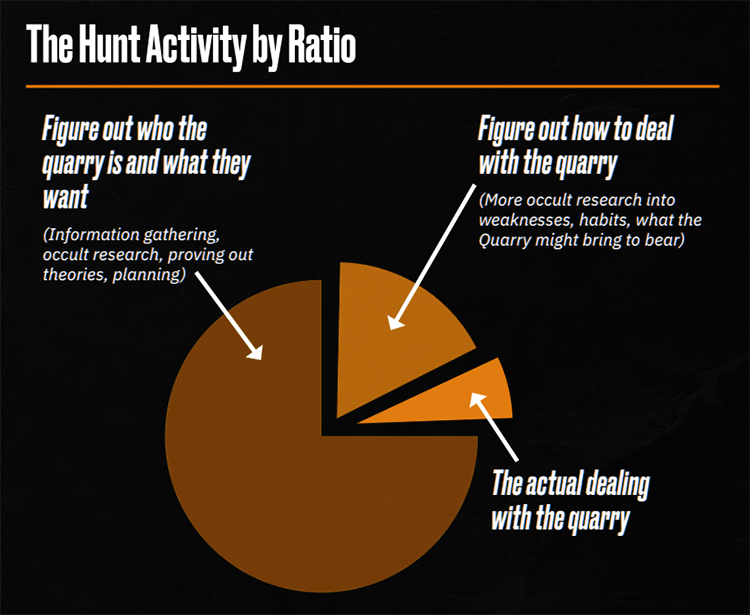 Let’s not forget about Despair, though! Hunters maintain a connection to the world through people to whom they have an attachment. These are known as Touchstones (and if you already play Vampire, you know all about Touchstones). A Hunter who has no Touchstones is permanently in Despair, and not even the cell can do anything about that. Without Touchstones, a Hunter is a loose cannon, likely lashing out against anyone or anything perceived as a threat, with nothing making the fight against the supernatural personal to them.

So gear up, team up, and get ready to fuck up some of the nastiest creatures the World of Darkness has hiding in its shadowy environs. 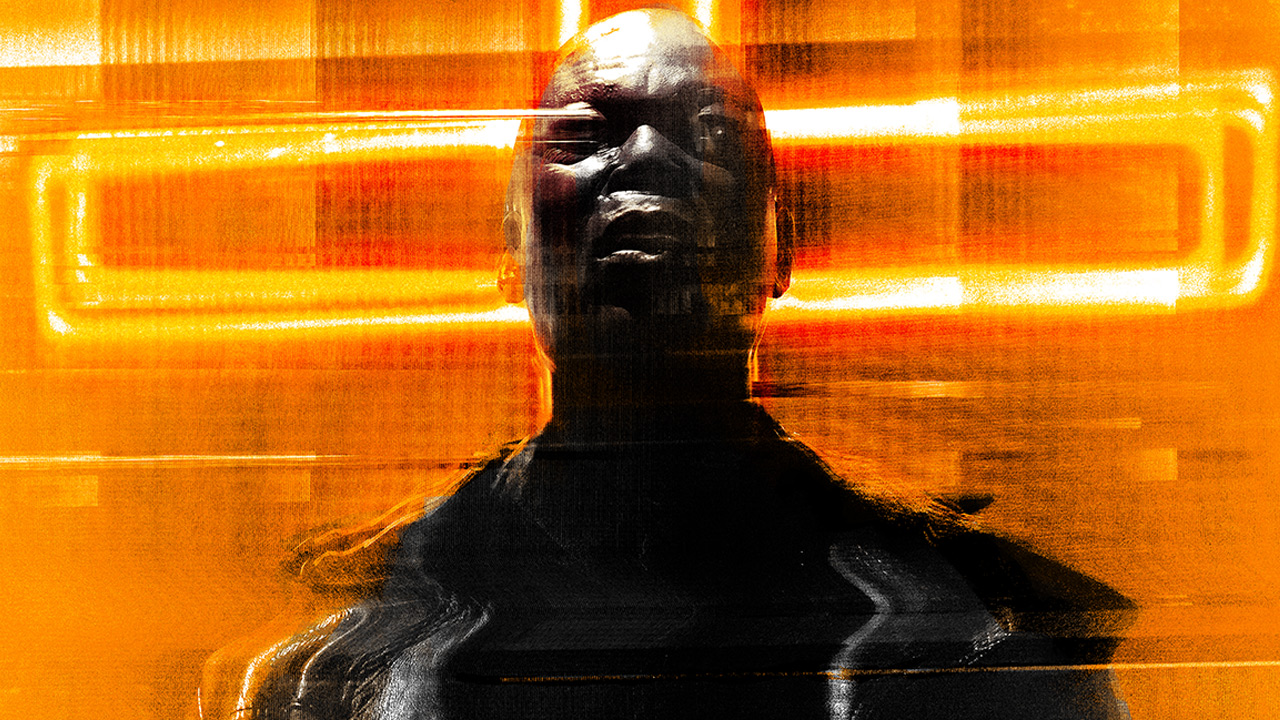 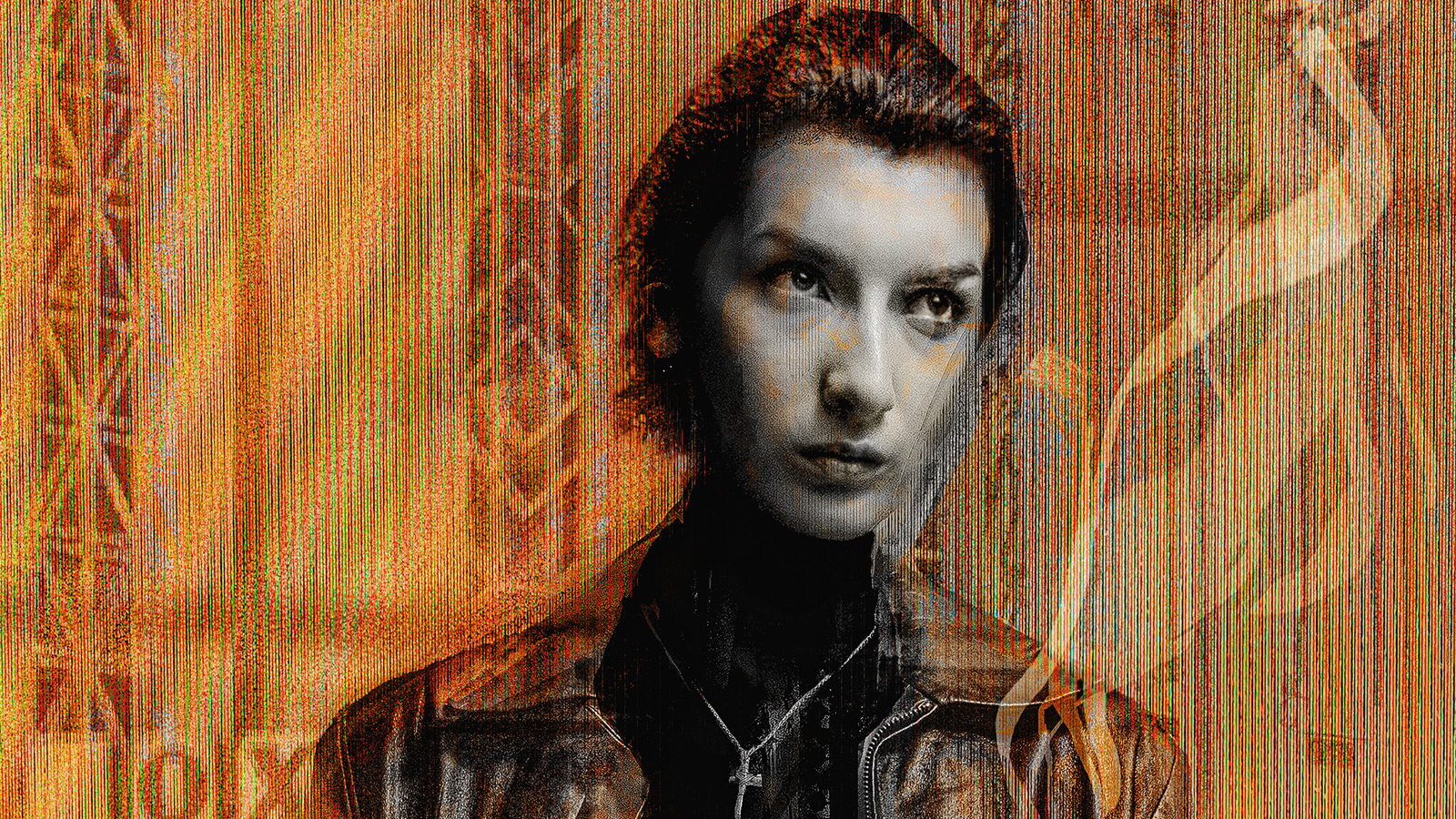 Download the free PDF with a sneak peek on the new edition of Hunter: The Reckoning 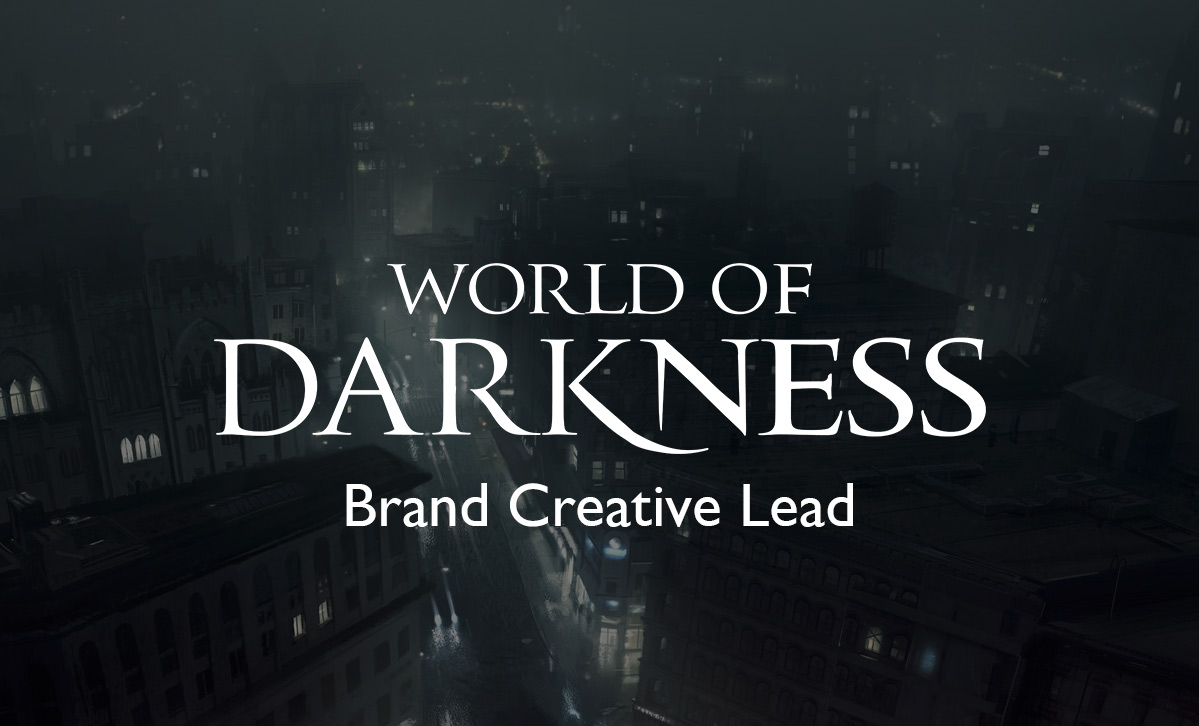 Community / Featured / Other / Vampire: The Masquerade